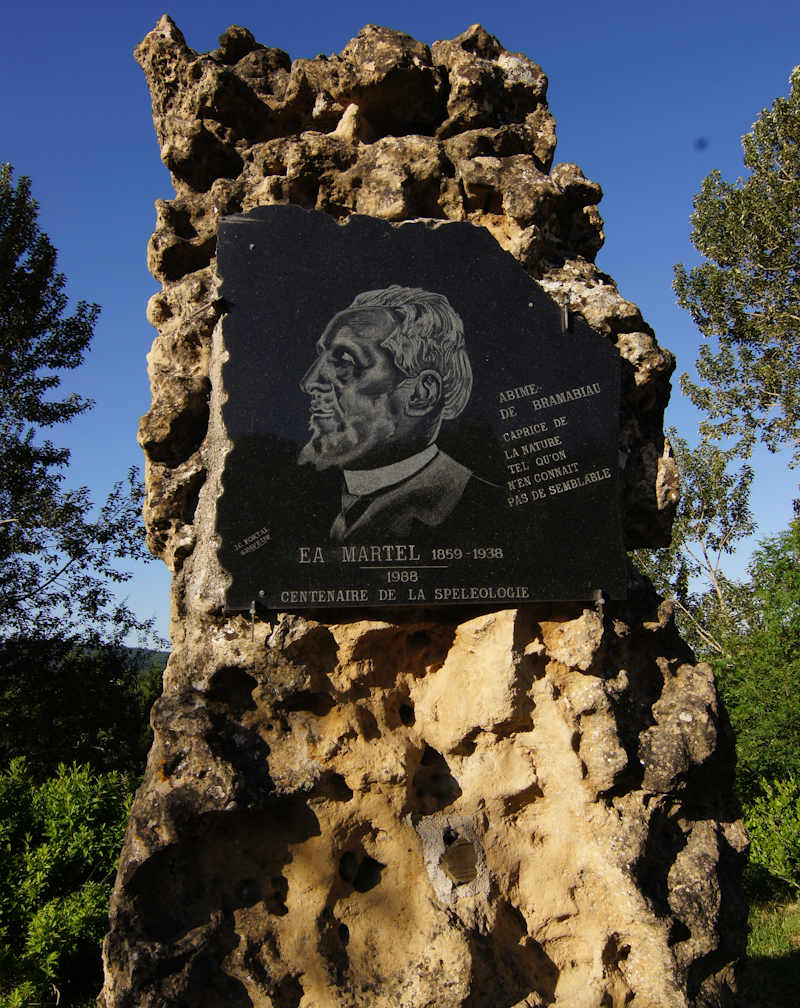 The first crossing of Bramabiau

It is Wednesday, June 27th, 1888 in the morning. Carriages loaded with the weight of the men and the equipment enter noisily in Camprieu. 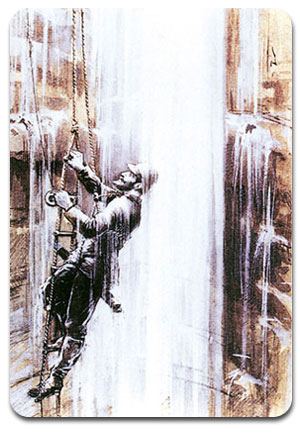 The farmers, then occupied with cutting hays stop their works and anticipates around the strange caravan. Been little used to such visits, they put one thousand questions … They laugh of these “Sirs of Paris” finding their at least bizarre project: it would thus be today or never that the Happiness of the Darkness would agree to deliver its secrets.

Yes, Martel and his team had made the intention to cross the plateau of Camprieu.

The nice farmers believed hardly in the success of this fanciful crossing. It was an evidence, nobody could make a success! It came out, by tradition, from time immemorial … Taking them for disturbed spirits, they foolishly laugh in the face of Martel and his hurt companions !

To discourage them, some people told that on February 7th of the same year, one called Vidal, said " the trouche " disappeared in the loss of the Bonheur … Suicide, accident, we have never known him, his body had was able to be found, neither in the big tunnel, nor in the other end of the plateau in the heart of the big abyss of Bramabiau, it was the formal proof of the immunity of the underground mystery.

At noon everybody was ready and Martel decided to take action. The equipment had been lowered in the alcôve, because it had been agreed by caution to tempt the crossing since the release of waters: indeed “grottologues” did not risk to be pulled by blades of the torrent if big waterfalls appeared.

Everybody is on foot of work. Gabriel Gaupillat and Philippe Cheilley stay outside. A knockdown scale is drawn up for the climbing of the first subterranean waterfall. Three men go on reconnaissance, return a bit further and shout: " It's go far! ". They saw a bief vast, in the room of the Hâvre, and it is decided to use the famous "osgood ". Martel and Parcel Gaupillat leaves for scouts, on the boat by using sticks with hooks to progress. Foulquier, more agile, joined them by ledges. Having tempted the climbing of a chimney by which they hoped to by-pass the difficulty of the river, they pursue the exploration up to a waterfall which forces them on the way back: the boat could not be quite hoisted at the top.

But the part not and not lost for all that! The next day, deprived of Parguel but strengthened by the coming of his brother-in-law Emile Michel and the primary school teacher of the village Pierre Mely, team completely decided to tempt the crossing by following the river, because Martel was sure now not to find an abyssale waterfall… Mely, intimidated, turned back.

By means of ropes, flexible scales and lamps with magnesium, but without osgood (it was left in the room of the Crossroads) fearless pioneers made a success of the connection with the point reached the previous day with some acrobatics and bruises.

After 1300 metres of adventure, they all went out of the cave. An exploit of size had just come true, Martel had triumphed over the incredulity of the farmers ! They went all to the city hall of Camprieu to draft the report of the first crossing of Bramabiau. It looks like birth certificate of the speleology today.

Others explorations made by Martel and his team in our region :